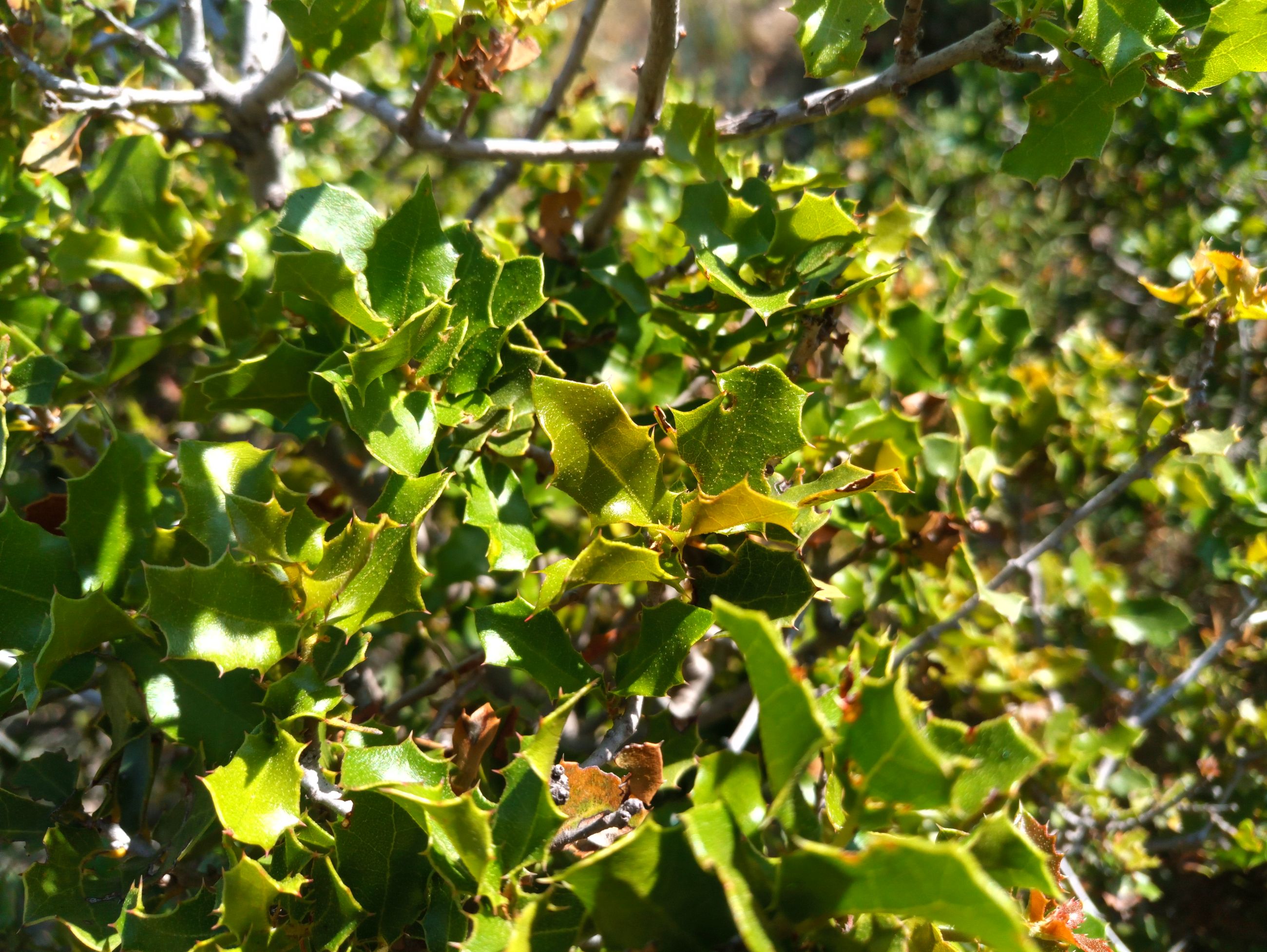 Quercus coccifera is a slow-growing, bushy, evergreen small tree that typically grows in a shrubby form with spiny leaves; it usually grows up to 4 meters tall, occasionally reaching from 6 to 10 meters tall; the bole can be up to 35 cm in diameter. It´s native to the western Mediterranean, including Northern Africa. It´s found almost everywhere in the region, it grows from Portugal and Spain to Turkey; and Libya and Morocco. It occurs in dry places on limestone and siliceous rocks. The plant is harvested for local use as a food, medicine and source of materials. The seed is usually cooked before eating, though it can also be eaten raw; it can be eaten whole or grounded into a powder. Quercus species are widely used in traditional medicine, being valued especially for their tannins. Several parts of the plant can be used: leaves, bark or seeds. It´s used to treat conditions such as diarrhea, dysentery and haemorrhages. The bark of oak trees is also normally rich in tannins. Oak galls are excrescences that are caused by the activity of different insects; these galls can also be used as a rich source of tannin and be used as a dyestuff. It’s often grown as an ornamental, once it’s valued especially for its holly-like leaves.